The L’Oréal-Unesco For Women in Science Sweden Prize with support of The Young Academy of Sweden, aims at highlighting promising women in the early stages of their research career in science and creating role models for future generations. The prize is awarded next time in 2023. The next call for application is in 2024.

The L'Oréal-UNESCO For Women in Science Prize Sweden is awarded to identify, encourage and reward women in research who have demonstrated great potential in science (including medicine), physics, technology or mathematics, and whose work contributes to a sustainable development and in solving humanity's greatest challenges.

The prize awards two prominent women in research, for their ackomplishments and development towards independency, with the purpose to encourage a continued research career. The prize amount of 150.000 SEK each will be awarded to researchers who gained their Ph.D. 2018 or later and have a position at a university or research institution in Sweden. The awardees are also offered a one year mentor program hosted by the Young Academy of Sweden.

The prize is awarded by L'Oréal Sweden, The Swedish National Commission for UNESCO, and The Young Academy of Sweden.

The prize ceremony will be held in Stockholm on March 8th 2023 to honour the International Women’s Day.

For Women in Science Sweden awardees 2021 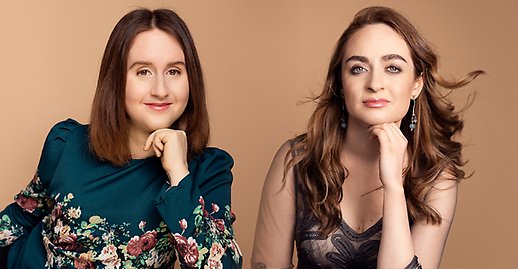 In 2021 Mariana Dalarsson, assistant professor of electromagnetic engineering at the Royal Institute of Technology, was awarded "for her studies of how gold nanoparticles can be doped with nutrients so that they are selectively taken up and neutralized by cancer cells, using an innovative combination of electrical engineeering and biophysics", and Beatriz Villarroel, postdoctoral fellow in astrophysics at Nordita and Stockholm University ”for her unique ability to link astronomy, artificial intelligence and citizen science to identify missing light socurces in the night sky”.

For Women in Science Sweden awardees 2019 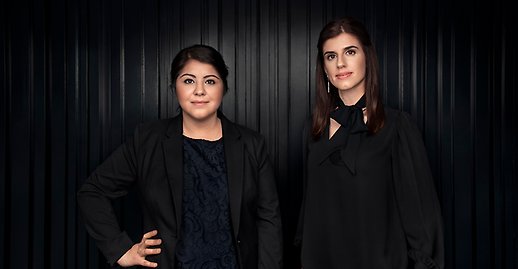 In 2019 Aishe A. Sarshad, researcher in biomedicine at the Sahlgrenska Academy, University of Gothenburg, was awarded for: “A core message: to identify a new mechanism for registering gene expression in stem cells. Her pioneering research has shown a new role for non-encoded RNA in the cell nucleus. In the future this may contribute in finding new treatment methods for cancer and other diseases”, and, Eleni Stavrinidou, Principal Investigator at Electronic Plants, Laboratory of Organic Electronics at Linköping University for: “Back to the Roots: Eleni Stavrinidou receives the prize for engineering basic technology and developing the methods for integrating electronics and living plants aiming to develop stable manufacturing methods where plants themselves integrate electronics, enabling imaginative future applications on a large scale.”

For Women in Science Sweden awardees 2018

In 2018 Marianne Liebi, Assistant Professor in Condensed Matter Physics at the Department of Physics, Chalmers University of Technology, was awarded “for her constructive use of advanced imaging methods for biomaterials with the aim of understanding the connection between molecular and mechanical properties”, and, to Ruth Pöttgen, Associate senior lecturer in Particle Physics at Lund University, “for experimental exploration of the dark matter of the universe”.

For Women in Science Sweden awardees 2017 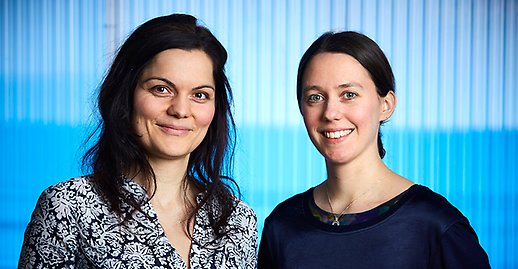 In 2017 Kirsten Leistner, Ph.D. in Chemical Engineering at Chalmers University of Technology, was awarded “for her successful research regarding the fundamental understanding of catalysts temperature-dependent activity. Kirsten Leistner has made a discovery that can lead to the development of improved catalysts”, and, to Julia Uddén, Ph.D. in Cognitive Neuroscience and Pro Futura Researchers at Stockholm University, “for research characterized by intellectual boldness and aimed at understanding how human language communication develops.” 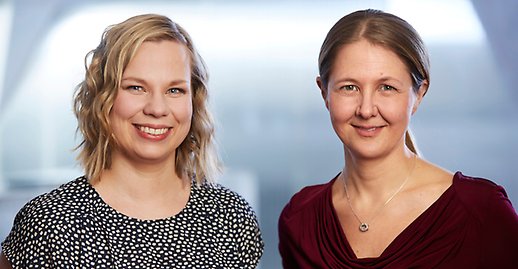 The first L’Oréal-UNESCO For Women in Science Prize Sweden with support from the Young Academy of Sweden was awarded to:

Annica Black-Schaffer, Associate professor in Condensed matter physics at Uppsala University, for outstanding findings in the field of superconductivity and its exciting applications regarding quantum computers, and, Kristiina Tammimies, Assistant professor in Neuropsychiatry at Karolinska Institutet, for her successful research regarding genetics related to autism spectrum diseases.

The L'Oréal-UNESCO For Women in Science Award (FWIS) was initiated in 1998 by Fondation L'Oréal, France, and UNESCO, The United Nations Educational, Scientific and Cultural Organization, to support and acknowledge prominent women in research. A further aim for FWIS is to increase the proportion of women in research, and to identify and highlight female role models. More women in research should be given the opportunity to reach leading positions, as their male counterparts receive, so that future generations are given role models that can inspire them to become researchers.

The For Women in Science Program, three levels

The L’Oréal-UNESCO For Women in Science Awards (1) are presented every year to five women, one from each world region (Africa and the Arab States, Asia-Pacific, Europe, Latin America and North America) in recognition of their scientific accomplishments. There are also 15 Fellowships, International Rising Talents (2), given to junior scientists from around the world. Two women who received the L'Oréal-UNESCO Award have later also been awarded the Nobel Prize: Elizabeth Blackburn, in Physiology or Medicine 2009, and Ada Yonath, in Chemistry 2009.

The FWIS program also includes reginonal and national fellowships (3) and the national prize in Sweden is a collaboration between L'Oréal Sweden, the Swedish National Commission for Unesco and The Young Academy of Sweden. The Swedish award is announced around the time for the International Women's Day in March.