My research area is condensed matter physics, specifically theoretical nanophysics. I  use, together with my research group, mathematical methods to investigate what happens when electronic components are scaled down to a size of a few nanometers. The functionality of so small components is dominated by the laws of quantum mechanics, which are drastically different compared with the classical physics we are used to from our daily lives. For example, the electrons, which are responsible for carrying electric current, behave both as particles and waves and can, in a certain sense, be in several places at once. The most exciting aspect of this research is to think of ways to use the strange properties of quantum mechanics to make devices with improved or new functionality beyond what is possible with classical physics. Such quantum technology can range from thermoelectric generators, which can make use of quantum effects to more efficiently convert heat into electric energy, to so called quantum computers, which use the fact that quantum systems can be in several states at once to accomplish computational tasks one could never even dream of with a classical computer.

As theoretical physicists our research fully relies on mathematical calculations, both with pen and paper and using computers, sometimes relying on large supercomputers. We also collaborate closely with experimental research groups, both at Lund University and internationally, who can verify our predictions in the lab and challenge us with unexpected results. 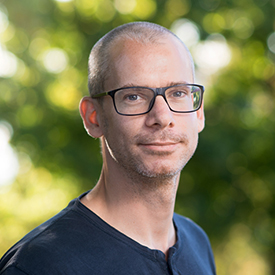 Born: 1979
Family: Wife and a son (born 2015).
Interests: To be with the family and to read books. I also enjoy to work-out, specially outdoors. I run everyday and, when I come back to my old home areas in Jämtland I go skiing and snowboarding, or hiking in the mountains.
Other: I am also an active Faculty Member at the Center for Quantum Devices at Copenhagen University where I work on average on day per week. I have studied and performed research at seven different universities in five different countries.