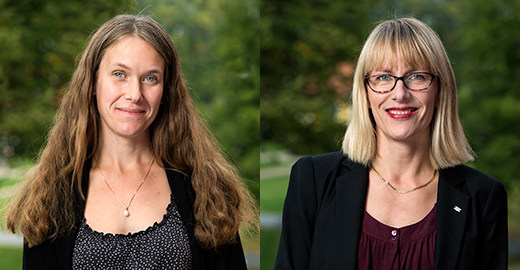 Sara Strandberg, Associate professor in elementary particle physics at Stockholm University, and Maria Tenje, Associate senior lecturer in Microsystems Technology at Uppsala University will each give a session titled ”Why did I become a scientist, and why should you?” when the Nobel Laureates in physics and chemistry respectively visit the highschools Norra Real and Kungsholmens gymnasium in Stockholm on Friday during the Nobel Week. Swedish public service television is filming the events.

The Laureates' school visits, hosted by the Royal Swedish Academy of Sciences, are moderated by a science journalist familiar with the research topic of this year's Nobel Prizes. The Laureates will talk about their lives as scientists and the work that they have been awarded for. Members of the Prize Committees give a background to the Nobel Prize. The members of the Young Academy of Sweden will contribute with their perspectives as younger scientists, how they decided to go for a career in science and what it is like to do research. Maria Tenje participates at the Chemistry Laureates' vistit to Kungsholmens gymnasium on Friday morning, and Sara Strandberg joins the Physics Laureates visit to Norra Real in the afternoon. Hopefully we will inspire the young students to consider becoming scientists, and in the long run maybe future Nobel Laureates!

The Nobel Laureates usually enjoy the school visits very much and often get to write lots of autographs for the students on the official Nobel Posters that the Royal Swedish Academy of Sciences make every year to illustrate the prize. 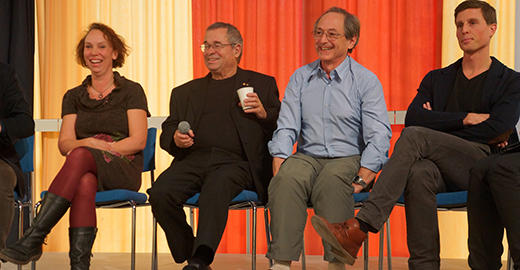 The Nobel Prize in Physics 2014

The Nobel Prize in Chemistry 2014