Young Academy of Sweden (YAS) shows that many different people become researchers, and that they research many different things! In the children's book Forskardrömmar (Researcher Dreams), which is aimed at children aged 9–12, you can also read about who works at the university and how to apply the scientific method. The book is published by the publishing house Fri Tanke Förlag.

The girl who escaped the war in Iran as a child and is now researching the brain and fear. The boy who could not spell professor, but who then became one himself. The brooding girl who now has as a profession to ponder big questions about life. The lonesome boy who became an international expert.

Researcher Dreams opens the door to the university and tell of children who later became researchers by profession. Some thought it was fun to go to school, some thought it was boring. Some grew up in a university town, others in the countryside or where water and electricity came and went. As different as the children's interests and conditions, were their paths to research.

Follow along through 60 beautifully illustrated stories–all with a connection to Sweden–about children who later in life in various ways have contributed to moving research forward. In the future, it may be you who does it!

Researcher Dreams initiators about the book 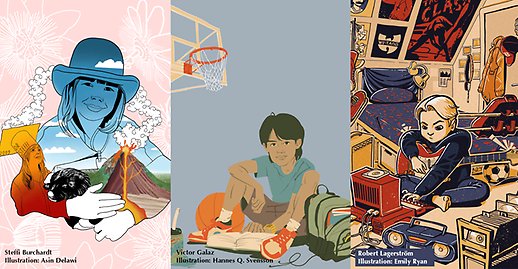 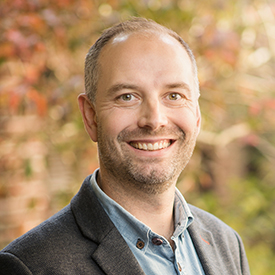 Sometimes an idea comes to you and then it is never realized. Or it will not be quite as good as it was intended. To now be able to hold Researcher Dreams in my hand and see that that idea we got more than 1.5 years ago became so much better than I could even imagine feels fantastic. Now we will use the book to reach lots of children and inspire them to dare to dream of becoming researchers. My daughter who has read the book now realized that “It is really possible to do research on everything!”, says Robert Lagerström, IT security researcher at the Royal Institute of Technology. 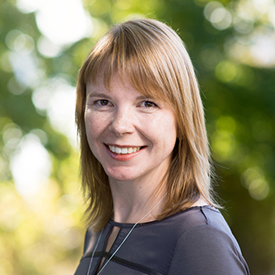 To me, research is the most fun thing you can do, and I would like to share this joy. My biggest wish is that the book finds one or another child who has big dreams, but who today does not know that they can realize them through research, and that the book opens the eyes of these children. When we interviewed other researchers about their childhood stories, most of them were unaccustomed to talking about such things, but they became extremely engaged and opened up when they realized what effect the book could have, that it could reach out and inspire children to see themselves. as a researcher. The central idea of the book is to tell about children. Mischievous, curious, happy, lonely or ordinary children. They may have fled war or grown up in a residential area, loved hanging out at libraries or fooling around with friends. So that all children who read the book can find something or someone they can identify with. The same is true of the illustrations. We chose to hire eleven different illustrators with different styles, so that all readers can find one or a few illustrations that appeal to them, says Steffi Burchardt, volcano researcher at Uppsala University.