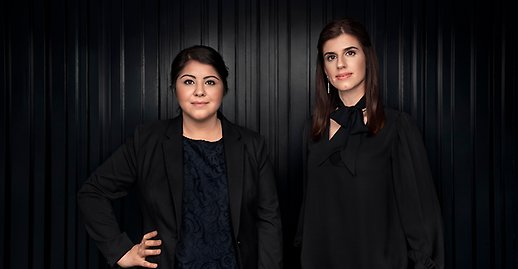 This years recipients of the L’Oréal-Unesco For Women in Science Prize are scientists Aishe A. Sarshad, Sahlgrenska Academy, Gothenburg University, and Eleni Stavrinidou, Linköping University. The prize is awarded by L’Oréal Sweden, The Young Academy of Sweden and the Swedish National Commission for UNESCO, to acknowledge women who have shown great potential in science and engineering. The prize aims to promote “the scientists of tomorrow” by supporting them at an important stage in their career and encouraging more women to pursue a career in research.

Aishe A. Sarshad receives the prize “for having identified a new mechanism for regulating gene expression in stem cells. Her groundbreaking research has shown a new role for non-coded RNA in the cell nucleus. In the future, this can contribute to new methods for treating cancer and other diseases”.

- I have followed the L'Oréal-UNESCO For Women in Science Prize for a long time, in the United States where I used to work, it is huge! Being a researcher has been my dream since my childhood and therefore it is a great honor that I now get recognition for my research, says Aishe Sarshad, who is the first in her family with a doctorate. 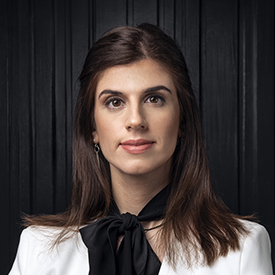 Eleni Stavrinidou is awarded the prize “for her innovative basic research combining engineering and biology, where she develops methods for integrating electronics into living plants. In her research, Stavrinidou intends to develop manufacturing methods where the plants themselves integrate the electronics, and she is aiming for applications such as energy harvesting and storage”.

- My research is inspired by processes optimized in nature through the course of evolution for millions of years, says Eleni Stavrinidou. During the first part of my research career I notice some discriminatory behaviour. It is important to have more female role models for both women and men. I love my work and am happy to help move my field forward, she says.

In 2017, about 60 percent of the students at Swedish higher education institutions were women. But only 19 and 16 percent of the professors in the natural and engineering sciences respectively were women (source: UKÄ

External link, opens in new window., p. 127, Swedish). The overall proportion of women with a professorial title in all subject areas is 28 percent (source: UKÄ

External link, opens in new window., p. 14, Swedish). Of the 607 Nobel laureates in medicine, physics and chemistry, 20 (just over 3 percent) have been women: twelve in medicine, three in physics and five in chemistry (source: nobelprize.org

External link, opens in new window. Facts and figures). Two of these have first received the international L’Oréal-UNESCO For Women in Science Award: Ada Yonath and Elizabeth Blackburn.

The awardees are selected through a thorough review process by a jury consisting of members from the Young Academy of Sweden, and the Scientific & Regulatory Affairs Manager L’Oréal Sweden, led by the same chairman as the Nobel Committee for the Prize in Chemistry, Claes Gustafsson.

Aishe A. Sarshad, born July 17, 1981 in Iran, Swedish citizen, Researcher in Biomedicine at Sahlgrenska Academy, University of Gothenburg. PhD in Medicine in 2014 at Karolinska Institutet.