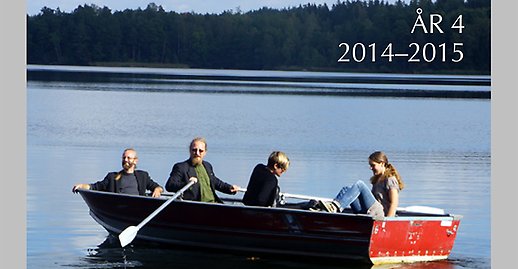 Why is there a Young Academy of Sweden? What is our contribution?

The purpose of the Young Academy of Sweden is forward-looking; to promote the position o knowledge in Sweden, for instance, by creating crossboundary meetings and by challenging prevailing stereotype and preconceptions about what research is and what researchers do – particularly as regards the younger generations. Bringing together a selection of the country’ top researchers from a diversity of academic disciplines, the Academy brings about new kinds of meetings wher researchers inspire each other and new scientific connections are made. Several members testify to having become bette at their craft as their perspectives have been broadened. A philosopher can actually take something away from meeting with a mathematician.

The discussions taking place during our meetings are very inspiring and instructive. We organise activities and seminars, to which we invite everyone wishing to take part in unexpected meetings and thoughts. For this very reason we launched a podcast in 2015, “Akademipodden”, which enables even more people to take part of cutting-edge research and listen to researcher from diverse fields discussing current research findings or events with each other. When the Royal Swedish Academ of Sciences was founded in the eighteenth century, it began distributing an annual calendar to all households in which it published new scientific findings in popular scientific guise. In the 21st century, we hope that the Young Academy of Sweden will be heard in all headphones and ear buds. As a means of reaching out to younger generations, in 2015 we joined a global initiative, the Global STEM Alliance, the aim of which is to put young people across the globe in contact with top researchers using a digital platform reached through a computer game. A student in Pakistan, for instance, will be able to talk to and be encouraged by a member of the Young Academy of Sweden. How cool is that! Role models are important and the Young Academy is full of them. This summer will also see the third iteration of our popular summer research school; previous evaluation show that we are onto something important. One student says that for the first time she felt it was alright to feel smart. Sad, but true. Another student says that he had no idea that a researcher could be so young, have a family and be funny on top of that. Therefore, it is our belief and realisation that we have an important task to fulfil. We want to extend a sincere thank you to all – not least to our members – who make it possible for us to create a Sweden where it is okay to be smart and where everyone can jump right into a discussion about quantum physics. Please join us on this journey!