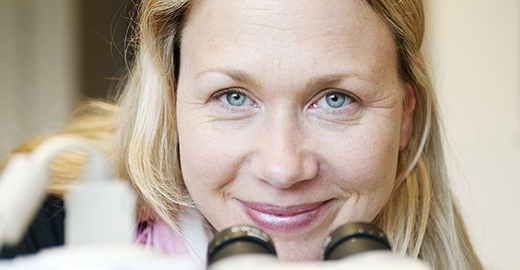 Helena Filipsson, is one contributor to a recent climate study published in Nature Geoscience. The findings show how volcanic eruptions have affected the climate in the recent past. For almost 2,000 years the oceans were getting cooler; there was a cooling trend in the surface layer of the Earth’s oceans. The coolest temperatures were during “the Little Ice Age” – before man-made global warming erased the trend in the 1800s.

The research reported by the Ocean2k Working Group, in which Filipsson is part, indicated that it was likely an increase in the number and size of these volcanic eruptions in recent centuries that was the prime cause of the cooling.

– We can relate the cooling effect to the frequency of volcanic eruptions and the effect they have had on the climate: more eruptions, cooler temperatures. I contributed with datasets included in the study. At the beginning there was a huge amount of data, in the end there were 57 that met the high quality criteria. The project has been a large collective effort. It’s important and I am proud to be part of this! says Dr Filipsson.

What's new about the observation of a 2,000 year cooling in a global average sea surface temperature estimate?

The study is the first that synthesizes only surface ocean reconstructions. The world's oceans absorb vast amounts of heat and as such regulate the climate on long timescales. Understanding how this major component varies, thanks to the ocean synthesis, means it is now possible to compare different parts of the climate system to see how they interact. Furthermore, by comparing the ocean synthesis to climate model simulations we learn more about what drives global climate variations (e.g. volcanic forcing, greenhouse gases, solar variations). 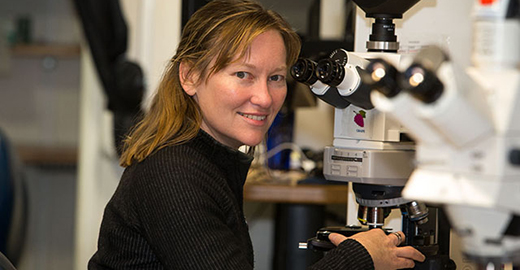 The scientists reached their conclusions by combining, for the first time, 57 previously published and publicly available marine surface temperature reconstructions from across all of the world’s oceans, from near-polar to tropical regions. Data were compiled within 200-year brackets to observe long-term trends. When they compared the findings to land-based temperature reconstructions and model simulations, Ocean2k independently found a similar cooling to that reported recently by other groups.

– No matter how we divided the dataset the cooling trend stands out as a robust signal, says Dr McGregor, one of the lead authors.

The Ocean2k Working Group was formed in 2011 and has a distributed leadership structure which values transparency, inclusion, and open communication. It currently has 75 members working in up to 18 different time zones. From the outset this group has broken new ground, even in the way they work, preferring to collaborate virtually across the globe using teleconferencing software and other means of electronic communication. This coming October, ager more than four years, many group members will finally meet each other in person at their first workshop in Barcelona, Spain, where members will delve into their results and discuss the next phases of their work. This paper is the result of more than four years of virtual collaboration by the group, and provides the missing ocean component to the continental-scale temperature reconstructions produced by the PAGES 2k Consortium and published in Nature Geoscience in 2013.

The Official Magazine of The Oceanography Society – Women in Oceanography:  Helena Filipsson (pdf)